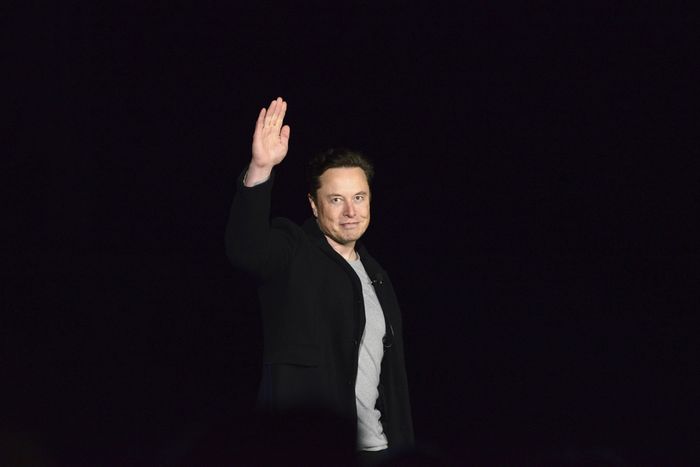 Twitter Inc. TWTR +5.89% is in advanced discussions to sell itself to Elon Musk and could finalize a deal Monday, people familiar with the matter said, a dramatic turn of events just 11 days after the billionaire unveiled his $43 billion bid for the social-media company.

The two sides worked through the night to hash out a deal that would be valued at $54.20 a share, or $44 billion, the people said. Assuming there isn’t a last-minute snag, the deal is expected to be announced after the market closes Monday, if not sooner.

It’s not clear why the total value of the deal has increased slightly from prior expectations, but it could be related to an updated share count.

Twitter had been expected to rebuff the offer, which Mr. Musk made April 14 without saying how he would pay for it, and put in place a so-called poison pill to block him from increasing his stake. But after the Tesla Inc. TSLA -0.79% chief disclosed that he has $46.5 billion in financing and the stock market swooned, Twitter changed its posture and opened the door to negotiations.

The Wall Street Journal reported Sunday that Twitter had warmed up to Mr. Musk’s proposal and could reach a deal this week.

Mr. Musk has said from the beginning that his $54.20-a-share offer is his “best and final,” and he reiterated to Twitter Chairman Bret Taylor again in recent days that he won’t budge on price, some of the people said. The conversations between the two sides were expected to focus on issues including what Mr. Musk would pay should an agreed deal fall apart before being consummated.

Twitter is slated to report first-quarter earnings Thursday and had been expected to weigh in on the bid then, if not sooner.

The potential turnabout on Twitter’s part comes after Mr. Musk met privately Friday with several shareholders of the company to extol the virtues of his proposal while repeating that the board has a “yes-or-no” decision to make, according to people familiar with the matter. He also pledged to solve the free-speech issues he sees as plaguing the platform and the country more broadly, whether his bid succeeds or not, they said.

Mr. Musk made his pitch to select shareholders in a series of video calls, with a focus on actively managed funds, the people said, in hopes that they could sway the company’s decision.

Mr. Musk said he sees no way Twitter management can get the stock to his offer price on its own, given the issues in the business and a persistent inability to correct them. It couldn’t be learned if he detailed specific steps he would take, though he has tweeted about wanting to reduce the platform’s reliance on advertising, as well as to make simpler changes such as allowing longer tweets.

Some shareholders rallied behind him following the meetings. Lauri Brunner, who manages Thrivent Asset Management LLC’s large-cap growth fund, sees Mr. Musk as a skilled operator. “He has an established track record at Tesla,” she said. “He is the catalyst to deliver strong operating performance at Twitter.” Minneapolis-based Thrivent has a roughly 0.4% stake in Twitter worth $160 million and is also a Tesla shareholder.

Mr. Musk already has said he is considering taking his bid directly to shareholders by launching a tender offer. Even if he was to get significant shareholder support in a tender offer—which is far from guaranteed—he would still need a way around the company’s poison pill, a legal maneuver it employed that effectively blocks him from building his stake to 15% or more.

One oft-employed tactic to push a bid, seeking to gain control of the target’s board, is out of reach for now. Twitter’s directors have staggered terms, meaning a dissident shareholder would need multiple years to gain control rather than a single shareholder vote. Twitter tried last year to phase out the staggered board terms given that they are frowned upon by the corporate-governance community, but not enough shareholders voted on the measure. The company is attempting to do so again at this year’s annual meeting set for May 25. Only two directors are up for re-election, and it is too late for Mr. Musk to nominate his own.

Twitter’s shares have been trading below his offer price since he made the bid April 14, typically a sign that shareholders are skeptical a deal will happen, though they did close up roughly 4% Friday at $48.93, the day after he unveiled financing for the deal. Mr. Musk has indicated that if the current bid fails, he could sell his stake, which totals more than 9%.

The financing included more than $25 billion in debt coming from nearly every global blue-chip investment bank aside from the two advising Twitter. The remainder was $21 billion in equity Mr. Musk would provide himself, likely by selling existing stakes in his other businesses such as Tesla. The speed at which the financing came together and the market selloff in recent days—which makes the all-cash offer look relatively more attractive—likely contributed to Twitter’s greater willingness to entertain Mr. Musk’s proposal.

Twitter’s board should engage with Mr. Musk since its stock has “gone nowhere” since the company went public eight years ago, Jeff Gramm, a portfolio manager with Bandera Partners LLC, a New York hedge fund with about $385 million under management, said earlier. The firm last bought Twitter shares in February and owns about 950,000 overall, which accounts for about 11% of its portfolio.

Mr. Gramm said Twitter’s board can’t walk away from Mr. Musk’s offer without providing an alternative that gives real value to shareholders. “I’m not sure what that can be at this stage besides finding a higher bid,” he said.