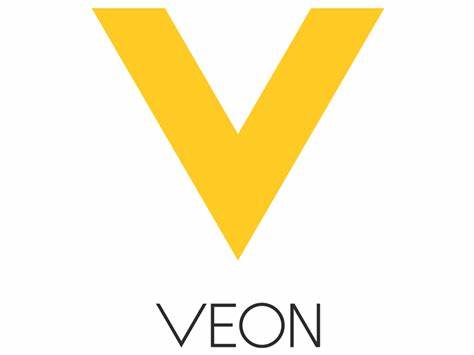 “I am proud of how our teams are tackling the current challenges and ensuring service and business continuity, keeping our 220 million customers across nine countries connected. Our commitment to provide access to information and other vital digital services is intact in these character-building times. The solid results we are reporting today illustrate our operational and financial discipline. We continue to enjoy high-single-digit growth and we have improved our capital structure.”

Ukraine revenues increased 15.1%YoY in local currency (+12.7% in reported currency) a good result given the ongoing conflict in the country. For March 2022, Ukraine reported revenue of UAH 2.8 billion (+16.7% YoY), with service revenue of UAH 2.7 billion (+16.7% YoY). This performance was driven once again by continued growth in Kyivstar’s 4G customer base, which increased 30.7% YoY. Mobile revenue growth was also supported by higher roaming revenues, which increased 3.0x YoY.

Pakistan revenue increased 9.1% YoYin local currency (-2.6% YoY in reported currency) driven by strong growth in data revenue, notwithstanding the increase in withholding tax from 10% to 15% on 16 January 2022 and the reduction in mobile termination rates.

We reported healthy growth of 3.9% YoY in our 1Q22 subscriber base. The Group continued to focus on the overall customer experience on our 4G networks. This supported the growth in our 4G subscriber base, which reached 100.8 million, adding an additional 19.7 million users over the past 12 months. 4G subscribers now account for 48.8% of our total subscriber base, up 8.0p.p. from a year ago.

Group capex was USD 367 million with capex intensity of 23.2%, driven in particular by increased network investments in Bangladesh and Pakistan in line with our growth strategy.

On 12 April 2022, Jazz signed a core 4G license renewal with the Pakistan Telecommunication Authority, for a fee of USD 486.2 million for a duration of 15 years, with 50% paid upfront and the balance over five years. Fifty percent of the fees (PKR 44.54 billion, equivalent to USD 243.1 million) was settled before signing in April 2022. On 31 March 2022, Banglalink acquired new spectrum in the 2300 MHz bandfor USD 205 million, payable in installments over 11 years, doubling the company’s spectrum holding. We believe this investment will continue to support Banglalink’s ambitious nation-wide 4G growth strategy.

We closed the quarter with total cash of USD 1.9 billion, with a further USD 0.7 billion in undrawn revolving credit facilities. All our operations are in general self-funding.

Following the exercise of the put option for our stake in Algeria on 1 July 2021, the Algerian business became, in line with the requirements of IFRS 5, a discontinued operation, and is accounted for as an “asset held for sale”. The result is that the Algerian operations do not contribute to VEON’s comparison base or actual reported numbers, without any change in the net economic value of this business. The final valuation for the put option was concluded at USD 682 million for VEON’s stake in Djezzy.

We further strengthened the management team with the appointment of Atyab Tahir as the CEO of JazzCash effective 1 May 2022. Michiel Soeting, former global lead partner at KPMG, joined the VEON Board as a non-executive director and Chairman of the Audit and Risk Committee effective 16 March 2022.

VEON is not the subject of any sanctions imposed by the European Union, the United States or the United Kingdom. We remain confident that the international community understands our industry’s unique position as an essential service provider, with regulators outlining their support for sectors essential to humanitarian activities, including the flow of information and access to the internet.

VEON has suspended all activities related to the previously proposed re-domiciliation of VEON Ltd. to the United Kingdom and will continue to consider the optimal corporate structure for the group.