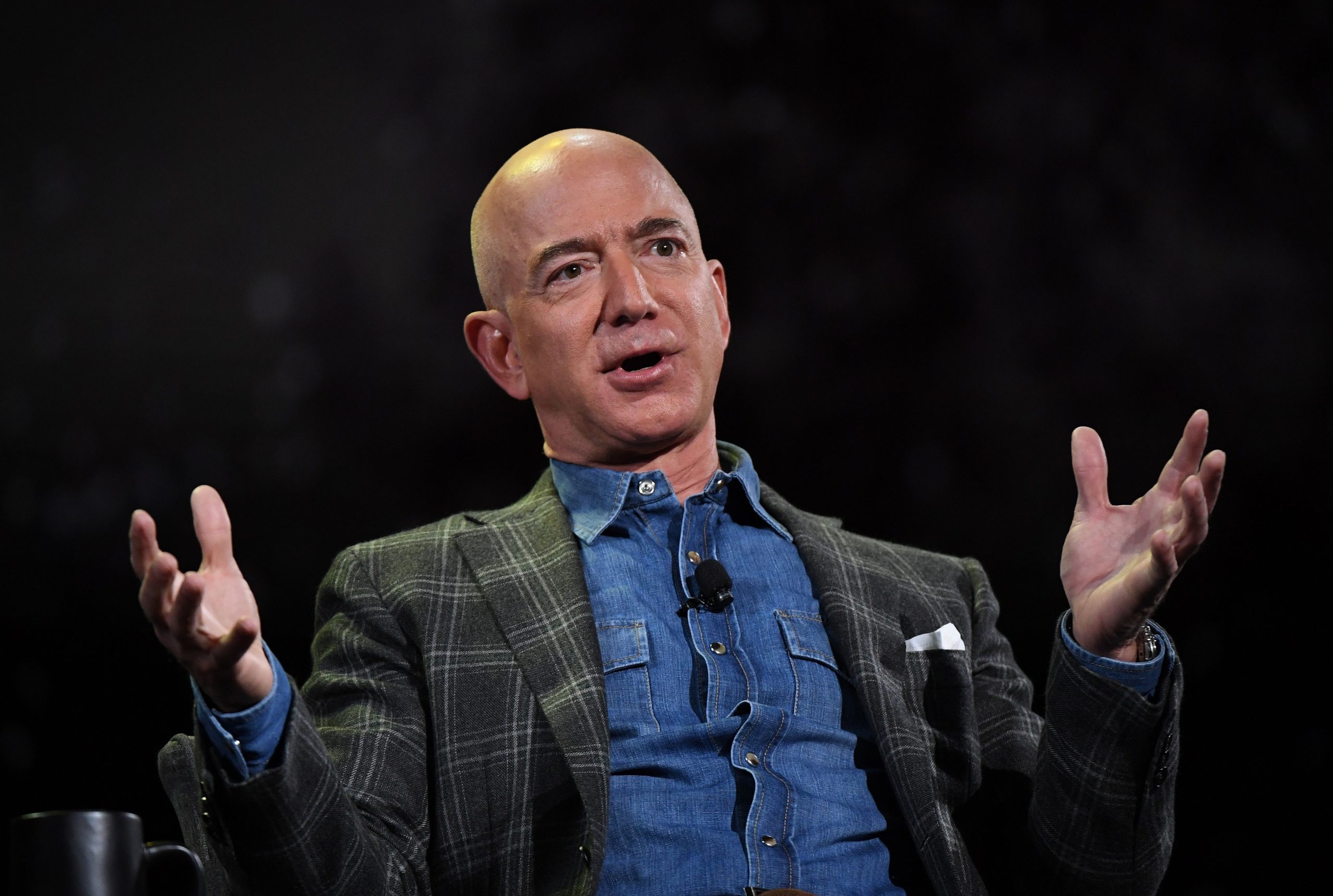 Amazon shares dropped as much as 10% in extended trading on Thursday after the company issued a revenue forecast that trailed analysts’ estimates.

Here’s how the company did:

Here’s how other key Amazon segments did during the quarter:

Amazon recorded a $7.6 billion loss on its Rivian investment after shares in the electric vehicle company lost more than half their value in the quarter. That resulted in a total net loss of $3.8 billion.

Revenue at Amazon increased 7% during the first quarter, compared with 44% expansion in the year-ago period. It marks the slowest rate for any quarter since the dot-com bust in 2001 and the second straight period of single-digit growth.

The second-quarter forecasts suggests growth could dip even further, to between 3% and 7% from a year earlier. Amazon said it projects revenue this quarter of $116 billion to $121 billion, missing the $125.5 billion average analyst estimate, according to Refinitiv.

Like Google and Facebook earlier this week, Amazon is attributing much of the slowdown to macroeconomic conditions and Russia’s invasion of Ukraine.

“The pandemic and subsequent war in Ukraine have brought unusual growth and challenges,” Amazon CEO Andy Jassy said in a statement. He added that the company is “squarely focused” on offsetting costs in its fulfillment network now that staffing and warehousing capacity are at normal levels.

Amazon has been navigating a host of economic challenges, including rising inflation, higher fuel and labor costs, global supply chain snarls, and the ongoing pandemic. To offset some of those costs, Amazon earlier this month introduced a 5% surcharge for some of its U.S. sellers, the first such fee in its history. And last quarter, Amazon hiked the price of its U.S. Prime membership for the first time in four years to $139 from $119.

Profits are still taking a hit. The company’s operating margin, or the money that’s left after accounting for costs to run the business, dipped to 3.2% in the first quarter from 8.2% a year earlier.

“This may take some time, particularly as we work through ongoing inflationary and supply chain pressures, but we see encouraging progress on a number of customer experience dimensions, including delivery speed performance as we’re now approaching levels not seen since the months immediately preceding the pandemic in early 2020,” Jassy said.

Amazon and Apple, which also reported results on Thursday, are the last of the Big Tech class to update investors on their start to the year. So far it’s been a mixed bag, with ad-supported businesses struggling due in part to macroeconomic conditions and the war in Ukraine.

Amazon is the latest company to join the pack in reporting disappointing ad revenue. Still, the segment grew 23% year over year, faster expansion than its ad peers. Google’s ad revenue increased 22%, slowed down by YouTube, which recorded weaker-than-expected growth of 14%. Facebook’s ad revenue rose by just 6.1%, the weakest expansion in the company’s 10-year history as a public company.

Amazon’s cloud-computing unit continues to hum along, as the company fends off competition from Microsoft and Google. Sales at Amazon Web Services increased 36.5% from a year earlier to $18.44 billion, above the $18.27 billion projected by Wall Street.

AWS generated 57% growth in operating income to $6.5 billion, while total operating income for Amazon fell to $3.7 billion from $8.9 billion a year ago. The Rivian markdown produced the company’s first net loss in a quarter since 2015.

Amazon also confirmed Thursday that this year’s Prime Day will take place in July. Last year, Amazon held Prime Day in June. By moving the two-day discount event to the third quarter, it could potentially hurt year-over-year comparisons for revenue in the second quarter while boosting third-quarter results.

Coinbase Warns Some Russian Users Their Accounts May Be Blocked, Report Reveals